My name is Djaffar Shalchi, and I have faith in the future of our wonderful world.

My beloved wife and I started Human Act with a wish to make a difference in the lives of the millions of people living in extreme poverty. The current inequality in wealth results in a few people having much more money than they can spend in an entire lifetime. At the same time, many live under inhuman conditions, struggling to survive on a day-to-day basis.

Grounded in the saying – Poverty is the worst form of violence – by my role model and great spiritual and political leader Mahatma Gandhi, we are determined to end the suffering of millions.

I was born in Tehran, Iran, in 1961. When I was eight years old, my parents decided to seek residency in Austria. Unfortunately, our residency application was rejected after one year, forcing our family – me, my three brothers, and a younger sister – to split up. While my mother, siblings, and I had to move back to Iran, my father traveled to Denmark. Luckily, we were granted residency here. But shortly after, my parents divorced, and my siblings and I were sent to an orphanage.

The Iranian Revolution in 1979 had a significant influence on my family. In Iran, the Shah was forced into exile, and the long and deadly war with Iraq began. Both of my brothers returned to Iran to help rebuild the country. Unfortunately, my oldest brother disappeared during his efforts in his birth country and was never found again. My younger brother, who also returned, died due to illness. I married a Danish girl, Ané Maro, and we had two exceptional children. When my family returned to Iran, I decided to finish my education in Denmark. I obtained a degree as a construction engineer in 1988. I decided to be self-employed in 1999, which led to my great financial success and by private means.

The Danish welfare system, designed to foster social mobility and equality of opportunity, made it feasible for me as migration to climb the ladder of success. The advanced social tax system financed my free higher education and social security, enabling me to start my own business. My family and I wish that all the world’s children would have the same opportunities as I was given to create a better life, and we are determined never to forget to give back to those who are less fortunate. Therefore, my wife and I decided in 2015 to put more than $30 million of our fortune into the foundation. We want to help make a difference and inspire others to do the same because no one is self-made. That word does not exist. It is the community and therefore most one’s fortune return to the community, to make it stronger and better, for our children and grandchildren. We are very thankful for your interest, and we believe that you can make a change. Together we can make this happen!

We founded Human Act with the dream of ending extreme poverty. For me, poverty is not simply about capital and wealth. It is about creating a world where everyone lives a dignified life with access to clean water, sufficient food, health care, and education.

The end of extreme poverty will facilitate a world with less violence, enhanced sustainability, fewer refugees, and less modern slavery. It will create a fairer, safer, and the more balanced world – for all of us. We all can be proud of a world in which we all get our dignity back, simultaneously helping millions of people. We have nothing to lose by trying to make a change – we can only win; there are no losers.

Good humans care about each other and cause more significant than themselves, understanding that by helping others, they help themselves. I gained my happiness through this, helping and giving to others. This is my personal experience in life. I believe humanity is about having a deep love for all humans and the willingness to be engaged for the greater good. And I believe that love will save humanity. I am inspired by love and guided by knowledge.

This is my personal experience in life. I am who I am because I got so much love – From my mother, wife, daughter, son, and the rest of my family and friends. I will always be grateful for their unconditional love to me. This is my personal experience in life. Our vision and values are inspired by my philosophy of life, grounded on several influential political thinkers and leaders. About 200 years ago, Henry David Thoreau was born in America in 1817. He is an important figure, as he inspired many great leaders worldwide, like Leo Tolstoy, Mahatma Gandhi, Mandela, Martin L.King, and others.

Influenced by Thoreau, Tolstoy adopted his civil disobedience and non-cooperation and added an extra element, namely Love. And this philosophy Tolstoy passed on to Gandhi. Influenced by Tolstoy’s philosophy of non-violence and love, where change is accomplished using non-violent methods of action, Gandhi practiced non-violence, first in his striving to end apartheid in South Africa and later in leading his native India to independence. When conducting their movements and protests, Nelson Mandela and Martin Luther King also rejected violence. They instead employed non-violent strategies and modes of action in their fight for social and political change.

In the spirit of Thoreau, Tolstoy, Gandhi, Mandela, and Martin Luther King, we will start a non-violent movement and spread awareness on the extreme inequality in our world and the causes thereof. We will use the same technique as Gandhi’s passive non-cooperation, rallying large numbers of world citizens in non-violent gatherings against the current inequality. Peace, Love, courage, and determination are potent weapons and prevail over all others.

The mentioned leaders succeed in mobilizing large numbers of people worldwide. That was possible as the public understood their message and believed that the leaders could make a valuable change. Without public support, we will never achieve our vision to end extreme poverty, environmental pollution, and nuclear weapons. Therefore, I hope that you will support this movement with all my heart.

I have enjoyed financial success, and for that, I am blessed. Yet, I do not believe in today’s world system. The current economic model has been shown to facilitate a high level of inequality. Credit Suisse has documented that the wealthiest 1% have more wealth than the remaining 99% of the world population. How can we passively accept that the richest now have so much while a considerable number live in extreme poverty?

Today, extreme inequality is booming in our world news. Political leaders, IMF, OECD, UN, and even the Pope, have all commented on the increasing problem and agree that action must be taken. With only a 1% wealth of the richest, we can end extreme poverty. Now we only need our politicians and world leaders to commit to making this change. There is plenty of wealth in our world, and it makes no economic or moral sense that resources are so unevenly distributed.

We can make the world a fairer and more equal place to live. A place where the interest of the majority comes first – where there are no tax havens – and where the richest contribute their fair share to support a society that benefits all of us. Are we prepared to build a fair society in which wealth, services, and power – including political power – are evenly distributed? Are we ready to resist the myth that poverty is a natural phenomenon – something that will always be there – no matter what we do? Has the time not come to realize that poverty is manufactured and systemic and can be eradicated through changes in beliefs and practices and new forms of governance? These are the most critical questions of our time. Together we must fight economic disparity, structural violence, discrimination and exclusion, environmental destruction, and despotic ideology so that the future of our world looks brighter for all of us.

Unfortunately, our current economic system has not been developed in the interest of the majority. Instead, it results from deliberate political lobbying by the richest who also possess much political power because of their economic influence. The accumulation of wealth in the hands of the few has turned democracy upside down. It is time to change from the bottom of society and develop a system equal for all – reducing the gap between the extremely wealthy and the extremely poor.

We have an essential decision to make. Do we accept the gap between extreme wealth and poverty, or do we fight for an equal world? We believe that we all share the moral responsibility of providing education and infrastructure to the world’s poorest and together help them break the vicious circle of extreme poverty.

We must remember that it is not the 1% that control the remaining 99% – equivalent to 7 billion humans – but we, the 7 billion humans, that allow the 1% to control us. So, are you prepared to say no more – than all this madness must stop right now – and not by 2030, 2050, or later? Time is running out for the purest humans and our beautiful world. Join us in our fight, and let us make a future we can believe in. Together we can convince our global leaders that with an annual 1% wealth tax from the world’s richest, we can make a world without extreme poverty and active United nations 17 Sustainable Development Goals.

As one of the world’s most inspiring persons Nelson Mandela, has said: “It always seems impossible until it is done.”

We have two amazing children and two grandchildren who we love immensely. 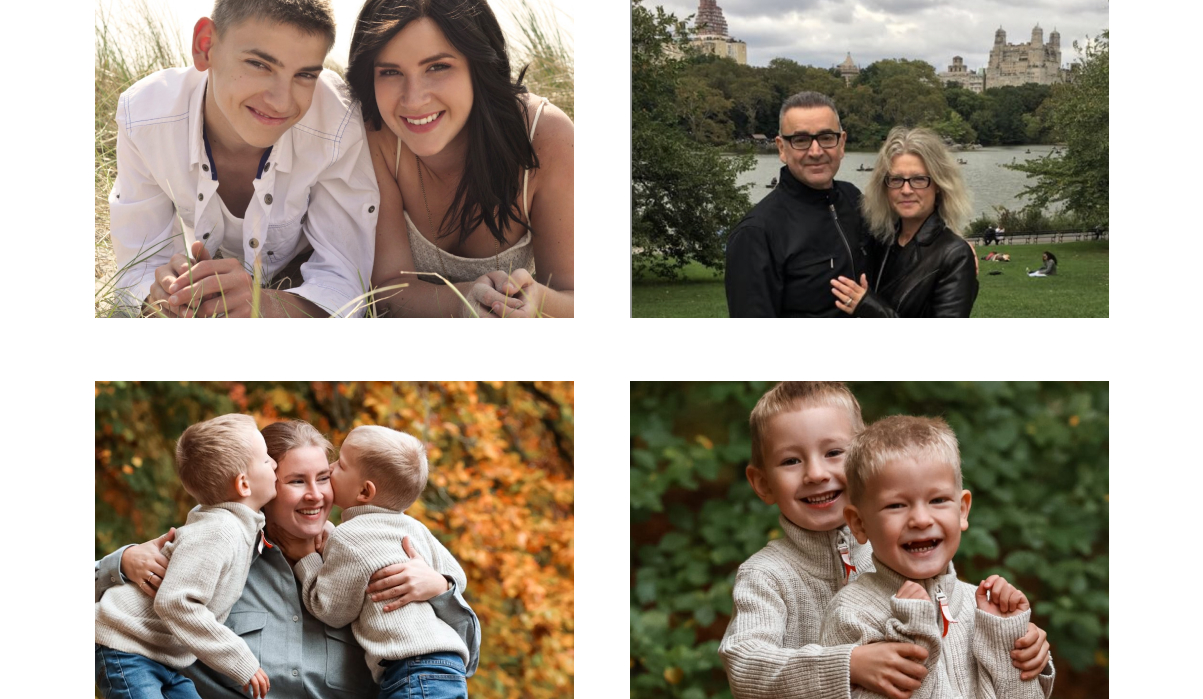